Commonly referred to as being “born in the cloud,” the cloud-native approach now encompasses the best of software development techniques such as DevOps, Containerization, Microservices, Agile methodology, and more. According to the Cloud Native Computing Foundation (CNCF), “cloud-native technologies are empowering organizations to build and run scalable applications on dynamic cloud environments.”

Since the pioneering success of cloud-native architecture by streaming giant, Netflix, the cloud-native development approach has been adopted by many technology companies and application developers to build efficient cloud applications. Promising a rapid release cycle and workload management, cloud-native apps are powering digital transformation by allowing the change from being a “business support” to being the “business itself.”

As cloud platforms move into this new “avatar,” how should cloud app developers adapt to the new paradigm and avoid common pitfalls? Let’s look at that.

The cloud-native development process is usually based on the following 4 key principles:

Further, how do cloud-native apps differ from cloud-based apps? Cloud-based apps are designed to work on the cloud, but do not fully leverage the capabilities of the cloud. Cloud-native apps are designed specifically for dynamic cloud environments and are optimized for cloud characteristics such as resource pooling, rapid scalability & elasticity, and on-demand service. The difference is especially stark over the application development process as a result.

Next, let’s look at the 5 core elements of cloud-native applications that must be integrated.

Here are the 5 core elements of any cloud-native app:

Cloud-native apps are designed for speed in both delivery and iterations. Hence, the application’s design needs to be based on the microservices architecture, which is crucial for making the app adaptable and flexible for the cloud.

How do microservices address the concerns posed by monolithic architecture?

How do microservices-based apps communicate with different services? Using RESTful APIs that make it easier to accept and respond to service requests. Effectively, APIs act as the “glue” among the loosely coupled microservices. APIs make it easier for external service callers to format a service request and communicate with the cloud-native apps, irrespective of their location on the same network or across the internet.

A proper call format with adequate identification and authentication contains an accurate payload, thus enabling the correct execution of the service.

On its part, DevOps are designed to reduce the lengthy durations between application deployments caused by “IT silos.” For the fast deployment and implementation of cloud-native apps, DevOps needs to be a core element that effectively breaks down the barriers between the development and production stages.

To initiate the DevOps process, organizations can use value chain mapping (VCM) that can evaluate the complete application development cycle. The VCM technique can optimize each “silo” and automate a group’s work while not disturbing other groups.

A single executable of the monolithic architecture required the entire application code to be deployed to the production environment. Cloud-native apps simplify the operational design through microservices, where code modifications are limited to individual executables, leaving the rest of the app code unchanged.

As a core element, the microservices-based operational design ensures:

This approach allows QA teams to focus on other testing aspects including integration testing, performance testing, and testing on multiple devices.

Next, let us look at the best development practices when building cloud-native apps.

For efficient cloud-native development, it is important to follow the best practices that determine how the app is built and measured for performance. Here are 5 such best practices:

With containerized applications orchestrated using Kubernetes, the cloud-native approach is a great way forward for building “cloud-ready” apps that can fully leverage cloud capabilities. The 2020 CNCF survey has found that the use of containers in-app production has increased from 84% in 2019 to 92% in 2020. That marks a 300% improvement from the findings of their 2016 survey.

Excerpt – The cloud-native approach has enabled the success of many companies, and now thousands of entrepreneurs are following these trailblazers into the cloud. But building a cloud-native company is not easy. In this article, we explore the principles, elements, and best practices of cloud-native development. 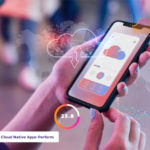 How To Make Your Cloud Native Apps Perform

« How To Make Your Cloud Native Apps Perform
Coming together at the Edge — Edge Computing, Networking, and Data Management » 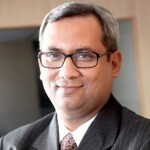 Experienced & result-oriented Marketing Leader with the ability to lead Sales & Marketing teams to develop and execute Go-to-Market strategies. Experience of over 24 years in customer acquisition and brand-building through market research, insight development, and traditional & digital campaigns.