You want a product that doesn’t exist yet. A fairly common request – many entrepreneurs have built large businesses on such a requirement. So, you whip up a design in some software and transfer it to another software that looks at it and simulates every aspect of it perfectly, producing all the data you need to make it and even maintain it properly.

You then walk into a factory, and a computer asks you to send the designs of the product you need to be manufactured to a particular machine. You do so, and the entire factory starts production, with a 3D printer starting to manufacture basic parts.

Multiple sets of machines spin to life, each one producing different components of your design. Computers observe the unceasing production process through sensors, with AI fixing bottlenecks as they appear and improving efficiency with every iteration. As you watch, thousands of pieces are manufactured, assembled, packaged, and shipped, with practically no human intervention.

It is – but only for a few more years. Within the next decade or so, science fiction will become a science fact. This is what Industry 4.0 will look like, a world of near-perfect industrial automation.

This is Industry 4.0, the Fourth Industrial Revolution, and we have already started on the path to reaching it. But how did we get here? To find out, let’s look at some history.

This is where we are right now. But human progress does not stop, and slowly but surely, we are moving towards the Fourth Industrial Revolution.

There are nine pillars of Industry 4.0. They are:

1) Simulation: Simulations, also known as digital twins, are virtual simulations of real-world products, machines, systems, or processes based on IoT sensor data. They can be used to identify malfunctioning parts, predict potential issues, improve uptime, and train maintenance workers on how to repair them.

2) Internet of Things: Also known as the Industrial Internet of things (IIoT), the IoT system will be the eyes of the company, collecting data from every single sensor in every single production device.

3) The Cloud: The underlying connective tissue of Industry 4.0, cloud computing is the base layer on which everything else is built. By facilitating quick and comprehensive data transfers as well as edge computing, the Cloud is where all the coordination happens.

4) Cybersecurity: Since Industry 4.0 relies so heavily on data transfers, the odds of data breaches go up. As a result, protecting these systems from cyber threats is vital.

6) Big Data and Analytics: In the context of industry 4.0, big data and analytics refer to the comprehensive evaluation and collection of data from all possible sources like production equipment and telemetry systems.

7) Additive Manufacturing: The best-known form of additive manufacturing is 3D printing, and it will likely be used to make small batches of products, customized as per the customer’s order.

8) Augmented Reality: Currently in a nascent stage, these technologies will soon be ubiquitous. With applications ranging from streaming repair instructions to glasses, to selecting parts based on requirements, AR tech holds the potential to increase human efficiency significantly.

9) Autonomous Robotics: By interacting with each other and becoming flexible, cooperative, and capable of problem-solving, autonomous robots will be able to handle ever more complex tasks.

At the height of Industry 4.0, each of these nine pillars will combine into an autonomous whole, making mass production easier than ever before.

How does industrial automation work?

In an industrial setting, automation requires a control system like a computer and large quantities of data to manage the equipment and processes in factories. Since factories and other manufacturing environments need to maintain high levels of output and try to increase efficiency, automation can assist by making bottlenecks easier to spot and maintaining quality.

These automation infrastructures are used for everything from manufacturing, refining, production of individual parts, and even assembly.

There are four kinds of automated manufacturing systems.

Advantages and challenges of industrial automation

Industrial automation has six main benefits. Let’s see what they are.

The power of industrial automation is incalculable. It will be able to produce things made-to-order, with a level of customization and flexibility never seen before. Only time will tell how it will change the world.

But if you want to get started on the path to full industrial automation, we’ve got a solution! Calsoft has over 23 years of experience at the cutting edge of technology, and our teams of skilled engineers are trained to work in environments unlike any other. Click here to get in touch! 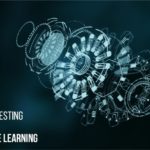 Shantanu Pant is a writer first and foremost. He brings his love of words and their impact into marketing and business.
He is fond of lesser-known facts and is even fonder of spewing them at everyone in his vicinity. Ask him about writing at your peril - he'll talk your ear off. He can be found on LinkedIn talking about the power of storytelling, or on Twitter talking about TTRPGs or origami (but only theoretically, he mostly retweets cat pics).