What is a vCenter plugin?

vCenter plugins are additional features of the vCenter web client that aid in the management of vendor specific operations (on Storage, Networking and virtualization). These plugins are developed by third party developers to provide a vendor specific user interface in vCenter. For example, a storage vendor can extend the vCenter web client interface to provide additional information about inventory, hosts, virtual machines and statistics about CPU and memory utilization with vCenter Plugin.

What is Automation Framework ?

Automation Framework is the framework that provides an environment to input test data, automate execution of test cases and generation of execution reports. The automation framework must contain the below components:

What are the types of automation framework?

There are different types of automation frameworks, but I will look at only the most used approaches and their requirements:

What is test automation for VCP?

Test Automation for VCP is a test automation framework for vCenter plugin for ESXi 6.0 and onwards. It is the hybrid framework to cater to the GUI aspect of the vCenter plugin, vCenter REST API and Command Line Interface. Automation for the VCP plugin is done from the Installation phase through to functional testing of GUI, use of Rest API and CLI. In VCP automation, both data driven and keyword driven frameworks are used. Test data is managed in Excel files, such as driver file, test case files and installer script file. The test execution report is generated ina HTML file once the test is completed. These report shows the time the test took, number of test cases, number of total test steps, pass and fail tests, percentage of passing and reason of failure etc.Technology used –  java 1.8, Extent, Selenium, Maven, TestNg, HTML, Jenkins, Install4j and AutoItx4Java.

What are the benefits?

What are the challenges? 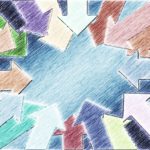 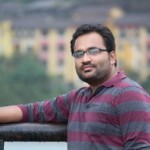 Software Development Engineer having 3.5 years of experience in designing and developing enterprise class products into Storage,Virtualization domain with excellent hands on, on various development frameworks