DevOps – The Road Ahead

According to Wikipedia – DevOps is a culture, movement or practice that emphasizes the collaboration and communication of both software developers and other information-technology (IT) professionals while automating the process of software delivery and infrastructure changes.It aims at establishing a culture and environment where building, testing, and releasing software, can happen rapidly, frequently, and more reliably.

However DevOps means more than adopting a few automation and CI/CD practices– without culture, technology and in many cases organizational change its true benefits are rarely realized. Enterprises are using the flexibility of this software and rapid pace of its development to drive greater differentiation.

2016 will be a big year for DevOps. According to me these will be some of the key trends which will define the future roadmap of this technology.

Large enterprises will get onboard fully

Enterprises are familiar with DevOps now. it is not an alien technology for them. Internal engineering teams have already started using DevOps principles to work on discrete projects, and after a few years of experimenting they are visualizing the successes as well.

Now that multiple teams are demonstrating the value of adopting DevOps practices, C-level executives are taking notice, starting to engage with IT and asking how they can employ DevOps principles at scale throughout the enterprise. This Interest at the C-level is a positive development.

As enterprises begin to modernize legacy applications in 2016, DevOps will play a central role. In fact Gartner research suggests DevOps practices will be used by at least a quarter of Global 2000 companies by the end of next year. Within five years, DevOps will be the norm when it comes to software development.

DevOps currently has no widely accepted standards, so what passes for DevOps in one organization might not look the same in another. That means DevOps carries a certain amount of risk—and large enterprises are notoriously risk averse. Even if small teams are documenting wins, scaling out DevOps successes to the broader organization can be a process of trial and error, which most enterprises don’t tend to engage in willingly.

Going ahead I see there will be opportunities to standardize best practices based on lessons learned. Initially, the goal of standardization will be to help mitigate the risk of scaling DevOps practices. Eventually, as best practices rise to the top, they will likely become adopted and pervasive across industries.

Recent high-profile breaches have made it clear that security cannot be an afterthought. Best practices and testing must be built into the development process from the beginning—and that means making it a part of the DevOps team.

Integration with DevOps has not become mainstream yet – the pace of this change will accelerate considerably in 2016. At present, there are far more developers than application security experts, so security must coach DevOps on how to effectively and efficiently embed in current practices. 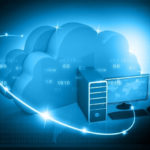 6 Ways to Secure Your Kubernetes Installations 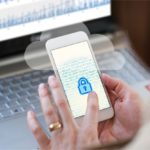 Enhancing Security in the Public Cloud 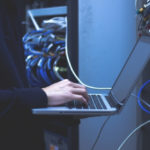