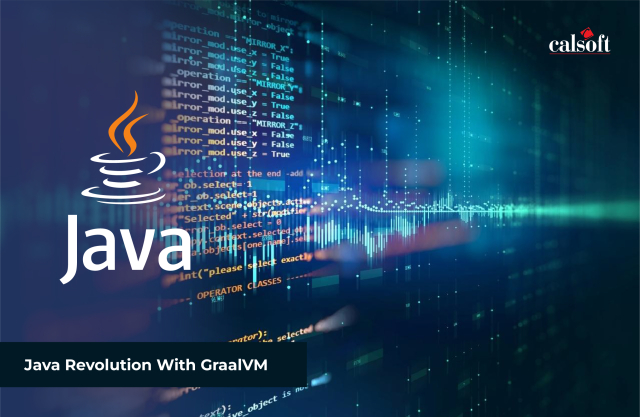 Java is one of the most well-known programming languages in the world, and is used in almost all fields. Industrial giants in finance, e-commerce, enterprise tech, and other fields rely on Java for complex tech products and services. It is arguably the most useful language in the tech industry now that its value is apparent in mobile, distributed, and big data applications.

One of the biggest features of Java has been its JIT compiler, a component that converted bytecode to native machine code Just In Time (JIT) to run the code.

However, as the demands of the tech industry have ramped up, JIT is no longer feasible. To that end, Java has released a brand new tool that works on the Ahead Of Time (AOT) principle. This tool, known as GraalVM, allows developers to write and compile code before execution. It consists of a Java Virtual Machine (JVM), and a Java Development Kit (JDK), as well, with a number of optimizations built in.

So, what exactly is GraalVM?
Now part of Oracle Labs, GraalVM is a high-performance Java Development Kit (JDK) distribution that was designed and built by Sun Microsystems. It accelerates the execution of applications written in Java and other JVM languages and supports JavaScript, Ruby, Python, as well as a number of popular languages. This feature, known as Polyglot, makes it possible to use multiple languages when programming a single application.

Like most open-source projects, GraalVM comes with 2 types of distributions:

GraalVM Enterprise – Based on Oracle JDK

GraalVM Community – Based on OpenJDK

Both types support Java 11 and Java 17, as well as Windows, Linux, and MacOS x86 64-bit systems. At the time of writing, it also supports ARM 64-bit system.

In JIT (just-in-time), the traditional approach of JRE, compilation and execution happen at the same time.

GraalVM performs a static analysis of the Java bytecode, and collects all the necessary code in use. It then converts the java bytecode of all the collected code into native binary, which can be executed in the binary format independent of JRE.

The binary code generated in this way is leaner, and takes less time to boot up since it does not need to warm up with unnecessary classes.

Who is using GraalVM?

Due to its diverse toolset and manifold advantages, industry leaders like Facebook, Oracle Cloud, Nvidia, Goldman Sachs, and Alibaba Group, are using GraalVM in various products and use cases.

In March 2021, Spring announced the launch of “Spring Native”. Spring Native provides support for compiling Spring applications using GraalVM.  As of the current release of Spring Boot 2.6.7, Spring supports the compilation of Spring Boot Applications to native images using GraalVM too. However, Spring continues to support regular JVM as well. For more details, you can visit https://spring.io/blog/2021/03/11/announcing-spring-native-beta

In this section, we will demonstrate the creation of a Spring Boot Application. The goal of this section is to show how to generate a native binary executable step-by-step, as well as to set benchmarks for startup & memory usage.

From the above observations, it is clear that native binary startup is lightning fast, and shows improvements in memory usage as compared to traditional JAR based applications.

Native binary executables are ideal for containers and cloud deployments since they are small, start extremely fast, and use significantly less CPU and memory. They can even be deployed on “Scratch” container images, otherwise known as empty images.

All in all, GraalVM offers significant improvements over its predecessor, and offers a number of tools optimized for cloud-native applications. GraalVM is an excellent choice for building applications in the hottest industries right now, and as the flaws are ironed out, it is sure to become the JDK of choice for Java developers worldwide. 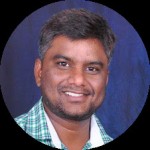 An open-source advocate and a full-stack developer with 14+ years of experience in technologies like JavaScript, Angular, Java, Golang, Kotlin, PHP. He also has hands-on experience in DevOps, Cloud, Fintech, Managed Services, E-commerce, and WebApps domains.