The Evolution of Testing in the Digital Era

The modern paradigm of testing is primarily rooted in placing pre-deployment testing at the center of software quality assurance, and understandably so. However, the testing school of thought didn’t always work this way!

Originally, software testing was just a minor part of software engineering, and not the end-to-end testing strategy that it is today.

But why is that important in the current context? Because it lets us understand the evolution that has led to the current state of software testing. Knowing what came before also helps us identify the new challenges and their possible solutions for adapting to the current reality.

The Early Days of Testing

Between the 1950s and 1970s, the goal of software testing was only to test the software’s functionality, not its quality. It was only in the 1980s that testing came to be considered a key activity to assess application quality. This was also when automated testing started emerging in force and focused on performing high-volume testing, saving time on repetitive testing tasks, and improving the application’s quality.

The Evolution of Continuous Testing and Agile Testing

In the 1990s, customers’ increasing unwillingness to wait for a final product led to the initial adoption of Agile methods, leading to Continuous Integration/Continuous Deployment (CI/CD) and continuous testing.

Many other testing methodologies also evolved in the 2000s, including keyword-driven testing, stress testing, automated test scripts, and regression testing.

The Emergence of Cloud Testing

The rising popularity of cloud computing in the 2000s led to the emergence of cloud testing. Cloud testing is performed on a third-party cloud computing environment to assess if the application meets the organization’s requirements for performance, reliability, security, and scalability.

How to Use Cloud Testing Tools to Test Modern Applications

To get the best possible results and ROI, organizations should look for cloud testing tools that:

The Future of Software Testing: The Case for AI and ML

AI-based testing tools help reduce the need for manual and scripted testing. They automate many tedious testing tasks, speed up the testing process, and generate better results – and thus a better quality product – with the power of algorithms, data, and logical reasoning.

Teams can now take advantage of real-time AI-driven monitoring and integration of any technology stack and leverage applied analytics to gain deep test insights from their increasing data volume and variety.

Some AI-enabled tools also have built-in “self-healing” capabilities. Self-healing test automation – considered the “next big thing” in software testing – means that AI is applied to identify when a function has changed. The test can automatically update itself, and the tool heals the test scripts.

In the future, AI and ML tools will more effectively mimic human intelligence and allow computers to “learn” and continually improve their capabilities. These technologies will support the emergence of next-gen DevOps that will empower organizations to move beyond function- or script-driven approaches towards automated decision-making, touchless testing, and a genuinely virtual/borderless organization.

The Future of Software Testing: Testing as a Service (TaaS)

TaaS is growing in popularity as an affordable and efficient approach to software testing. Unlike traditional testing environments, TaaS involves outsourcing the testing function to a specialist testing firm like Calsoft.

TaaS provides a cost-effective consumption-based payment model, allowing organizations to reduce testing costs while achieving scalability and high-quality test outcomes. Organizations don’t have to invest in expensive infrastructure, tools, testers, or software licenses because the TaaS provider will take care of all these aspects.

Software testing has come a long way. Today’s testers have access to a plethora of automated, cloud-based, and AI-based tools that make their lives easier and enable organizations to put out high-quality, user-centric applications. 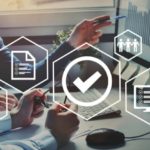 The Evolution of a Strategic Product Development Relationship

Shrish is a TestOps and DevOps professional & Open Source enthusiast with over 20 years of industry experience across various technology domains - from Enterprise Networking, Systems Engineering, Distributed Computing to Storage, Virtualization, and Cloud Computing.