We have seen what virtualization revolutionized the complete IT infrastructure and enabled major tech vendors to offer diverse IT based services to consumers. System level virtualization allows multiple instances of OS on single server on top of hypervisor. Hypervisor utilizes general purpose hardware in such a way that multiple applications can get deployed on same hardware. In order to service multiple VMs, hypervisor needs huge amount of processing power of hardware resources which leads to reduction in virtualization benefits. Containers are isolated from each other and share OS kernel among all containers.

Microservices is yet another important architecture style of software applications, mainly focused towards cloud native deployment to achieve agility and continuous delivery, where-in application is collection of loosely coupled stateless services. Commonly, microservices are deployed within containers and enables continuous delivery/deployment of large complex IT application. Each of the microservices can be deployed, scaled, upgraded & re-instantiated independently apart from other services in application. Reusability and self-management of processes within microservices allows frequent updates to main application, resiliency of application and enable automation capabilities through well-defined intercommunication APIs. With the power of microservices approach, many tech giants and enterprises are considering migrating towards cloud native infrastructure to achieve high degree of automation in product releases & upgrades for new features which further reduces time to market.

Enterprise Use cases of containers

Containers are widely used in every industry sectors where there was need to optimize hardware resources for running multiple applications and improve flexibility and productivity. Some of the prominent use cases in enterprise are as below

Use cases of containers in telecom sector 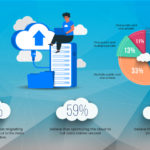