Container ecosystem is maturing at a rapid pace. IT administrators should be ready and be prepared to adopt and manage this disruptive technology. Containers are natural progressions and are the obvious next step for application packaging, deployment and hosting unlike other technologies like Big Data where you need a major shift in your mindset or vision.

In 2016 container virtualization has made significant contributions in enterprise storage world and is set to advance in key areas such as data protection, persistent storage consumption and portability in 2017.

As per my research and understanding I believe these could be the key trends which will impact the container ecosystem in 2017:

Industry will evaluate system containers as well: So far, we have seen that industry has accepted Docker containers, but in coming years enterprises will start evaluating containers to serve as hypervisors as well. The technology already exists and we should expect it to become the talk of the town in the New Year.

In 2016 we have seen some tension between Docker and other open source community. The tensions, was primarily based on the claims that Docker was not sufficiently open and compatible with other open source platforms. However in 2017, it looks like Docker will be more gentle with the community and will embrace the open standardization genuinely. The recent news of Docker releasing one of its core container components, as an independent open source project conforms that Docker has given up its go-it-alone approach.

We will see more vendors will jump in providing containers-as-a-service solutions, as this is the most popular way for any organization who wishes to adopt Docker.

Let’s see how things shape up in this domain. Like all of you even I am eager to see some exciting things happening in container ecosystem in 2017. 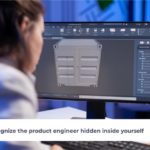 How to recognize the product engineer hidden inside yourself 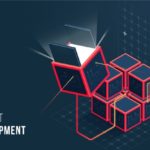 How Product Development Approaches Must Evolve as The Company Matures